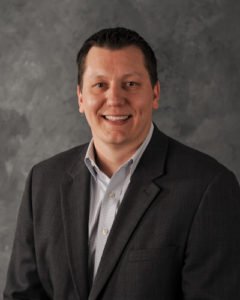 An inevitable fact of life is that the world is changing around us each and every    day. Our environment evolves, morphs and adapts to these changes, in order to flourish in its new surroundings. Without adaptation we face the possibility of a declining population or worse, extinction.

These were the basic tenants of evolution that I learned as a young budding biologist. Fast forward 20 years later through the completion of veterinary school, working as a successful practitioner, climbing the corporate ladder at Mars, Inc. and now as an entrepreneur of a successful start-up and ironically these principles of life apply to everything we do as both clinicians, as well as practice owners.

Today’s outside stressors in dental practices present themselves in several forms, such as: lack of new patients and associated referrals, increased cost of goods and services eroding already thin margins, inability to attract and retain high performing employees and lack of patient compliance to recommended treatment plans. Add in declining reimbursement rates and prolonged reimbursement times and one is left to ponder another adage I learned in school, “survival of the fittest”. It is no wonder why today the corporate dentistry model is flourishing, as independent dental practices fight for survival.

In the last decade, independent pharmacies, as well as veterinary hospitals, have experienced the same pressures. Mom and pop pharmacies refused to evolve to new external pressures. As a result, they vanished as larger corporate pharmacy chains (CVS, Walgreens, RiteAid) acquired them. Today, the independent pharmacy model is extinct. Conversely, veterinarians have adapted a pack like mentality to fight for their survival. Today, group purchasing models are the fastest growing segment of veterinary medicine. This has allowed the independent veterinary practitioner the ability to survive, adapt and in most cases flourish. Above all, it has allowed veterinary practices the ability to retain their identity, without having to relinquish control to one of the ever growing corporate practice models (VCA, Vetcor, NVA).

What’s all this have to do with dentistry? Dental practices are now faced with the same choices as their veterinary and pharmacy counterparts. They can learn from these models, as practices seek to adapt to their new surroundings, through a collective approach to their respective challenges or be faced with the real danger of extinction. Ask yourself, when was the last time you went to a local independent pharmacy to pick up your prescription? As I learned in biology 101, evolution takes time and is necessary for the survival of a species.

Dr. Daniel C. Baker is the Director of Sales and Marketing at Dental Purchasing Group, LLC and can be reached via: [email protected]